Does your iPad Mini automatically and randomly reboots all by itself without apparent reason? Here are our recommendations on what to do to fix this problem and prevent it from happening in the future. 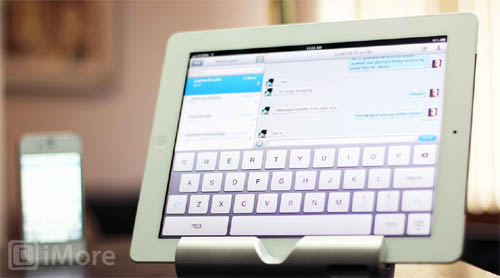 Apple's iOS is one of the most stable mobile operating systems out there and the company's programmers always do a great job in testing the system before it's released for public use. The point is, when an iOS device (in this case the iPad Mini), acts differently, it could be an app causing the problem rather than an operating system issue. That said, here are the things you should do to fix it:
Possible Fixes

#1. Find the culprit. If reboots were caused by a rogue app, the first thing you should do is find the suspect. More often, apps that occupy more memory are the primary suspects so you need to take a look at them first.

The ones on the top of the list are bigger apps. Take note of their names and double-press the Home button to display the list of recently used apps. If you can find them on the list, they're more likely the culprit so you need to close them; hold any of the icons on that list until they start shaking. Tap on the X to close the apps.

#2. Uninstall the culprit. After doing the above procedure and the problem still occurs time and again, it's time to get rid of the culprits. However, you need to be certain of the apps that's causing the problem because you may end up reinstalling them.

It would take several reboots and vigilance on your part to know the app(s) that's causing the issue. But if you're ultimately sure, following the procedure below to uninstall it.

After doing this and the problem persists, you should check for new OS updates. You may just need to update iOS to get rid of the bugger.

just recently experienced this on my ipad mini... i did reset all setting + erase data, but still it keeps on rebooting.. any other solution for this?

There has unfortunately been a
rise in reports of iPad Mini’s resetting/rebooting/restarting themselves
intermittently.

Notwithstanding
what each iPad Mini owner describes the phenomenon whether be it “resetting/rebooting/restarting”
the common experience which binds them together is the fact that the iPad
Mini’s screen abruptly goes black accompanied by the familiar Apple logo splash
screen which is displayed upon each boot of the iPad Mini.

The
most common advice cited across the internet is the suggestion to either (a)
reset the iPad Mini by holding down both the power and Home button together or;
(b) restore the entire iPad Mini iOS via iTunes.

Assuming
that you have already done one or both of the above without success, you are
strongly recommended to send your iPad Mini into your nearest Apple Service
Provider. Before your warranty runs out.

Here’s
the skinny on it – (as with our own personal experience) its most likely that
the flash memory on your iPad Mini is faulty and the reason why the abrupt
shutdown occurs intermittently is because it only occurs whenever the iOS
attempts to utilise the sector of faulty memory in your iPad Mini.

Instead
of crashing the iOS and locking up, Apple has a failsafe where in the event of
such a catastrophe the iOS simply reboots itself.

This is
especially useful since, unlike ‘the good ol’ days’, we can no longer simply
remove the batteries out of our iOS devices to commit a complete hard reset in
the event the system locks up entirely.

Therefore,
its very likely that most iPad Mini owners may not be aware of this issue until
they have filled their iPad Mini’s close to capacity before this issue
surfaces. When the iPad Mini is almost full up, there is a higher likelihood
any faulty sector of Flash memory may be accessed or utilised.