Posted by Matt Seber on Wednesday, July 16, 2014
Advertisements
There have been lots of reported issues about Samsung Galaxy S4 following Android 4.4.2. firmware update. The update was supposed to fix prior device issues and enhance device functionality but it turned out to be the opposite, according to a number of G S4 users. 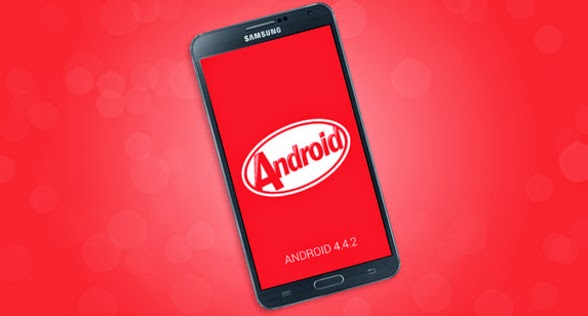 If you are one of those who encountered certain issues after updating your device software, this article could be the help you've been searching for. Read on to find out.

Following are four common problems that emerged on the Galaxy S4 handset after updating to Android 4.4.2.
A. Lock Screen of Death - This is an issue with the phone that prompts you with a black lock screen when you turn it on. The device would look like it hasn't turned on at all.

B. Phone Lag - For some reasons, the Android 4.4.2 firmware makes the Galaxy S4 slow or keeps on lagging. Many were complaining about getting extremely slow response time from their phone. It would take much longer for the phone to launch or open an application, switching between apps, loading the keyboard, returning to the home screen or even when responding to touches.

To solve this problem, you will need to perform a factory reset. Be sure to fully backup your files before you hard reset your phone though. You should note that performing a hard reset will restore factory default settings on your device, which means all your customized contents will be lost. Nevertheless, it's still a viable solution to this problem.

C. Battery drains so fast - Battery problem emerged as a common issue after a firmware update. We've heard of plenty of previous firmware battery problems occurring on Samsung mobile devices, including that of the Galaxy S4.

In the case of Galaxy S4's battery drain issue after firmware flash, you can try performing a soft reset or simple reboot. Just turn your phone off and pull the battery for about 30 seconds and then re-insert it. If this won't do any good, you can try installing an app called Battery Calibration (root is required). An alternative app if you are not rooted, is the Battery Doctor or Juice Defender apps. If all else failed, then your last option would be a factory reset or hard reset.

Configure your phone settings and disable or turn off Sync feature. After disabling the sync function on your phone, remove your account and log in again before turning Sync back on or enabled. A simple enabling and disabling of these functions would eventually result in a solution. However, just like with any other issues, if all else fails, then you have to go for a hard reset. Just don't forget to backup all your important files beforehand.
Labels: Galaxy S4, Samsung, Samsung Galaxy S4 Troubleshooting