iPhone 6 Plus bends, aren't you convinced yet?

Posted by Matt Seber on Tuesday, September 30, 2014
Advertisements
The new iPhone 6 Plus has become the most popular phablet in the market today not just because it's Apple but because it bends. The bendgate scandal, perhaps, is the worst issue that Apple needs to address. It cannot be fixed by simply releasing an update, rather the company may have to look into the design of its devices.

Since the bendgate was first discovered, I've already been following a lot of blogs and videos and among the people who spent hundreds of dollars just to prove that the iPhone 6 Plus bends is Unbox Therapy.

In the first bend test video, Unbox Therapy managed to show that the phone actually bends. It was followed up by another bend test video using the Samsung Galaxy Note 3 as the subject. It has to be noted that both devices almost have same size so claims that iPhone 6+ bends because it's larger should be ruled out.

Samsung was actually quick to respond to the issue and rolled out an ad showing an iPhone 6 bowing down to the Note 3.

Apple also responded to the issue but didn't acknowledge that its new flagship, which sold millions during the first week of its release, is bendable. Instead, it revealed how its devices are being tested and how iPhone 6 withstood all of them. 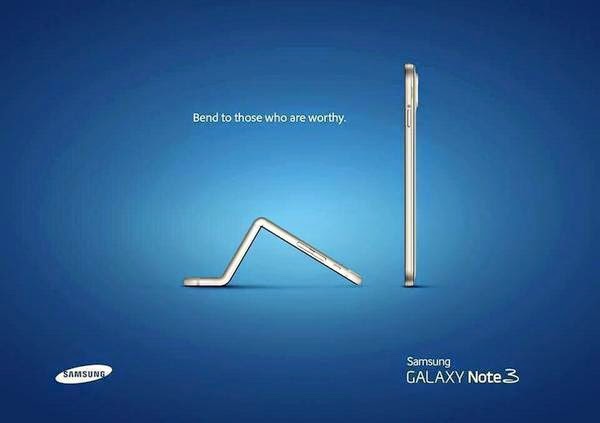 Additionally, the company said that bent iPhones will be scrutinized by its technicians. So, if your phone is bent, there is a chance that it will not be replaced. But so far, the company disclosed there were only 9 customers who called the hotline complaining about bent iPhone 6 out of millions. The company may still be treating bendgate as an isolated and minor case.

Moreover, Unbox Therapy posted another bend test video, this time it's some kind of a street demonstration with 9 witnesses. The subject is a brand new and fully working iPhone 6 Plus and there was no other tool used except for the hands.

This time it's conclusive: iPhone 6 Plus bends easily. The bend point is still near the Volume buttons, which tells us it's not about the materials used rather the design. All other pictures and bend test videos show the bend will happen in the same area.

So, those owners who claimed that their device bent while inside their front pocket may be true after all. You don't have to be a body builder to be able to bend the phone, all you need is enough leverage on both ends. Smartphone case manufacturers, however, may find this as an opportunity to sell hard cases for the iPhone 6 and it seems that's all you need to make your device safer.

Let's wait and see how Apple will respond to this.
Labels: bendgate, iPhone 6, iPhone 6 Plus