Posted by Matt Seber on Friday, September 19, 2014
Advertisements
This content is primarily intended for users of the Samsung Galaxy Note 3 device, who need help in using the S Pen to take notes via S Note for the first time.

The Galaxy Note 3's S Pen technology uses a Wacom digitiser, allowing it to sense varying pressure levels. It's thought to be much more intelligent compared to a simple capacitive stylus used on other devices. In fact, the Command Menu on the Note 3 is giving it an edge compared to its predecessor, Note 2 device.

Among the many uses of the Galaxy Note 3 S Pen include phone navigation, writing text and emails, draw pictures, jot down quick handwritten notes or perform commands with the phone's excellent optical character recognition.

Follow the steps and learn how to use the S Pen to write some texts on your Samsung Galaxy Note 3. 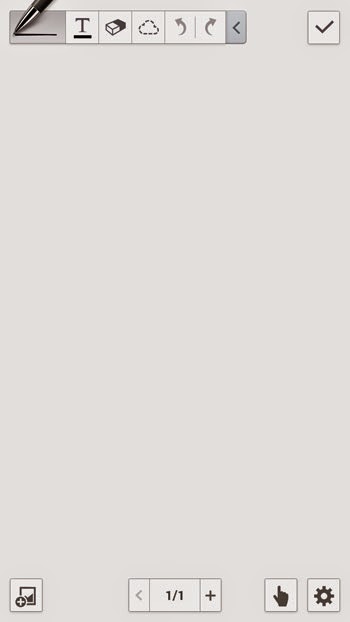 You may need to go through some new screens prompting you to set up a notebook for first time usage. Just follow the on-screen instructions to complete the entire process, and then proceed to step 3.

3. After you tapped on S Note, you will be prompted with a new screen (S Note text editor) for you to write something in with the S Pen. Tap on the Plus sign (+) located beneath the screen, to create a new page.

5. Using the S Pen, write something or anything on the page.

6. Once you're done writing, tap on the Checkmark icon, located on the upper-right corner of the screen. You will then get to see the texts you wrote using the S Pen on the following screen.

7. Tap on the Menu icon to proceed.

8. You'll then see a list of sub menu options to choose from. Scroll to and then tap Save as, to save your S Note writings.

9. On the Save as screen, type in or enter a name for your S Note file. Be sure to remember the filename you assigned to your every file, especially the important ones for you to easily access or open them later.

10. When you're done entering the filename, tap OK to continue.

When you hover over the screen and press the button on the stylus, you will be prompted with the circular menu, offering you with five shortcuts to the most stylus-centric features and the phone's universal search function.

That should do it for this guide.