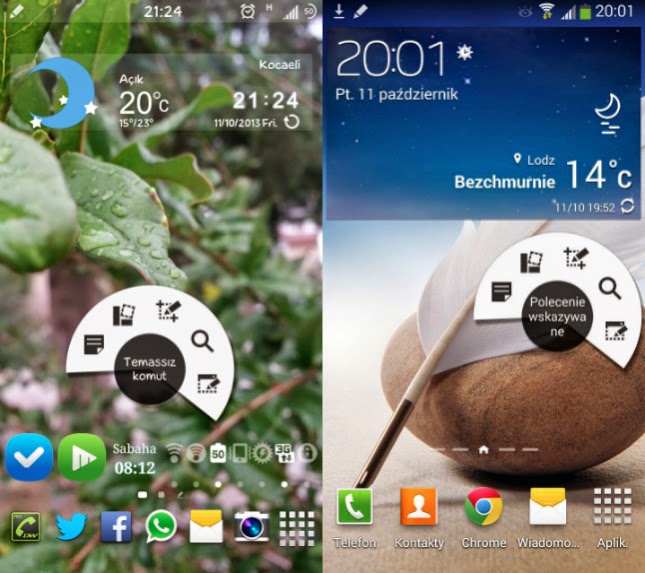 In addition, Air View allows you to view a photo in an expanded view.

In this content, we will walk you through enabling the Air View feature on your Samsung Galaxy Note 3 so you too can have access to more enhanced S Pen feature on your device.

1. To get started, touch Menu from the Home screen.

2. Next, scroll to and touch Settings from the given options.

3. Touch Controls in the next screen.

4. Under the Controls menu, scroll to and touch Air View.

5. Touch the slider next to Air View to enable or turn on the feature.

7. Touch the slider next to Air view pen options on the next screen, to turn the feature on.

8. You will now see a list of available Air view pen options or features. You may enable or disable a feature if you want. Just touch the slider next to a feature.

When you're done configuring the options, press the Home key to get back to the Home screen.

10. Touch on Gallery to continue.

11. Inside Gallery (Albums) hover the S Pen over an album. Doing so will give you an expanded view of the album.

12. Go back to the Home screen when done.

// Using Air View for more info of the on-screen icons


13. We will use the S Note for this example so touch S Note.

14. Hover the S Pen over the Search icon and you then should see the icon's description. It's like a tool tip on a desktop application/program.

And that's basically, how to use the S Pen Air View feature on your Samsung Galaxy Note 3.