February 18, 2018
Many Samsung Galaxy Note 8 owners took to online forums to complain about their phones that reportedly stopped charging for some reason. Others, of course, contacted Samsung about it and while the company didn't provide further information about the problem, it somehow acknowledged that there were indeed reports about said problems.


Samsung takes all reports of this kind, of course, seriously. We have received only a very small number of customer inquiries that can be linked to charge management. Unfortunately, we can only comment on the matter further, if we have more detailed information about the affected devices.

But isolated or not, those who are affected by the problem may not be able to use their devices anymore. But charging problems may actually not that complicated and I know some owners who have actually made their devices charge and turn on again. That's what I'm going to share with you today--the fix.


What to do if your Galaxy Note 8 won't charge 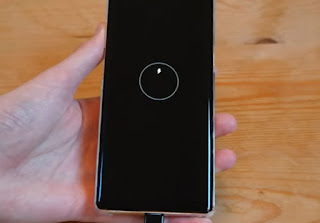 This solution is based on the fact that when the phone runs out of battery, it may not shut the operating system as well as some of its hardware properly. As a result, the phone crashes which leaves the phone unresponsive. To address this problem, try this...


If the device actually boots up, it should charge so you may connect it to its charger even during the boot sequence.  But what if the battery was totally drained? Well, try this...


If your Samsung Galaxy Note 8 is still not responding after this, then try using a third-party charger and cable if possible. You may also try connecting it to your computer to know if it responds to that. If all of these procedures fail, then it's time to bring it to the service center so that the technician can check it out for you.