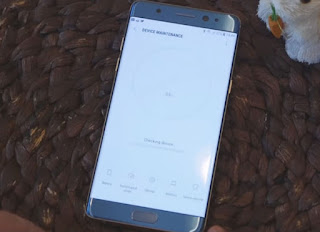 The Samsung Galaxy Note FE (Fan Edition) is actually the Galaxy Note 7 but Samsung made sure it won't catch fire anymore but it doesn't mean it's free of problems and errors. With that said, I know a couple of users who have encountered having their Note FE's turned off completely and when they tried turning them on, they won't respond.
Common knowledge would tell us that it's an issue with the hardware but in most cases, it's not. Remember that smartphones work because everything in it is working. Their hardware are ones we see most of the time and we overlook the fact that without the operating system, these small computers won't work either. With that being said, I believe that when the phone turns off by itself and refuses to respond, it's the system that has an issue and not the hardware.
So, to fix your Samsung Galaxy Note FE that no longer turns on after it turning off, follow this very simple procedure...
If your Note FE actually boots up after doing this, then we can positively say the problem is caused by a firmware glitch or a system crash. However, if the phone is still not responding after this, then you may not have done the combination properly. Try pressing and holding the Volume Down button first before pressing the Power key, then keep both keys held down for 10 seconds or more. Your phone should be turning on by now. If not, you should try this...
If your Samsung Galaxy Note FE is still not turning on after this, then it's time to visit a Samsung service center to have the device checked.

February 18, 2018
Many Samsung Galaxy Note 8 owners took to online forums to complain about their phones that reportedly stopped charging for some reason. Others, of course, contacted Samsung about it and while the company didn't provide further information about the problem, it somehow acknowledged that there were indeed reports about said problems. Samsung takes all reports of this kind, of course, seriously. We have received only a very small number of customer inquiries that can be linked to charge management. Unfortunately, we can only comment on the matter further, if we have more detailed information about the affected devices. But isolated or not, those who are affected by the problem may not be able to use their devices anymore. But charging problems may actually not that complicated and I know some owners who have actually made their devices charge and turn on again. That's what I'm going to share with you today--the fix. What to do if your Galaxy Note 8 won't charge
Post a Comment
Read more