April 02, 2018
A couple of Samsung Galaxy S9 owners reported that their devices turned off without any obvious reason or cause, the screen stays black or blank and the phones no longer responds. This is another case of Galaxy S9 Black Screen of Death (BSoD). 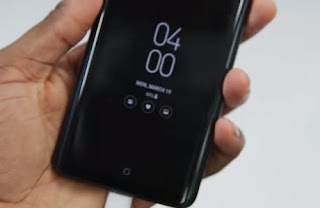 BSoD is a common problem across Android platform and you may be able to encounter it from time to time but the thing is it's not really that serious as long as your phone doesn't have any signs of physical damage. More often, it's a result of a firmware crash and there's a very easy yet effective solution for it--Forced Reboot.


Your Samsung Galaxy S9 should already be booting up now provided there's enough battery. If it doesn't, charge the phone using the wired charger and then repeat the process above while the phone is connected to its charger.

If your phone doesn't respond after doing these procedures, then it's time to bring it back to the store because obviously the problem is not as simple as I thought it would be.

February 18, 2018
Many Samsung Galaxy Note 8 owners took to online forums to complain about their phones that reportedly stopped charging for some reason. Others, of course, contacted Samsung about it and while the company didn't provide further information about the problem, it somehow acknowledged that there were indeed reports about said problems. Samsung takes all reports of this kind, of course, seriously. We have received only a very small number of customer inquiries that can be linked to charge management. Unfortunately, we can only comment on the matter further, if we have more detailed information about the affected devices. But isolated or not, those who are affected by the problem may not be able to use their devices anymore. But charging problems may actually not that complicated and I know some owners who have actually made their devices charge and turn on again. That's what I'm going to share with you today--the fix. What to do if your Galaxy Note 8 won't charge
Post a Comment
Read more