How To Make Verizon Galaxy S4 Run Fast and Responsive 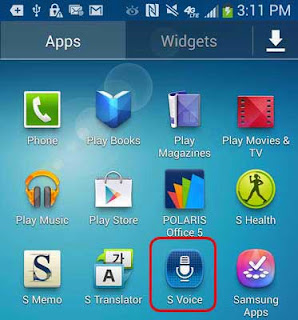 We have received emails from our readers suggesting their Samsung Galaxy S4 that is carried by Verizon Wireless drastically became very slow and oftentimes unresponsive for no apparent reason. There are a lot of factors that could affect the performance of the phone and we're looking forward to write articles for each of them in the future. This post, however, would answer the following questions:
Well, there were a lot of questions but we cannot post all of them simply because they often fell under any of these queries. As I said, we will try to identify each problem and write tutorials on how to fix them in the future, so for now, these are the only things we'll address.

The following procedures can be done separately but we are sure each has an impact on the overall performance of your phone.

1. Close recently used applications, clear RAM. As always, Android does not close apps when you press the Home button, they're simply minimized. Thus, they continue to run in the background and consuming RAM like any other apps. More often, these apps are the cause of the phone's decreased performance so you need to close them and the best way to start is by closing recently used apps.
2. Turn off S Voice. While the S Voice feature on the Galaxy S4 is a slick addition, not everyone uses it often. If you are one of those who are not really fond of dictating what to do on phone, you have the reason to disable the feature. Not only does the feature eat up some RAM, it also causes the lag in your phone's Home button.
The next time you press the Home button, it would respond quickly because the phone would not wait for the second press, instead, it executes the command right away.

3. Turn off transition animations. To make its interface more appealing, transition animations were added to the stock interface. Their settings can be found under Developer Options, which in the case of the Samsung Galaxy S4, is hidden. But any one could enable it and change transition animation settings.
After doing this procedure, you would notice that the phone would respond to commands quicker than before.

4. Uninstall unnecessary applications. If you have applications you don't use anymore, it is strongly recommended you uninstall them. The fewer the services the phone runs, the better its performance would be. Not only does uninstalling unnecessary apps free up some space, it also stops some services associated with those apps. If you notice, over time the phone will become gradually slow especially when you already put a lot of files and apps in it. Logically, getting rid of those services that are not used anymore would help make its performance better.

Send us your problems / questions

Do you have problems with your Verizon Samsung Galaxy S4 phone? Don't hesitate to send us email at sebertech@gmail.com and we will do all we can to provide you solutions and answers. And if ever you found this article helpful, please share the love by recommending it to your friends or simply like it. A simple gesture of sharing is all we need to continue what we do here at SeberTech.