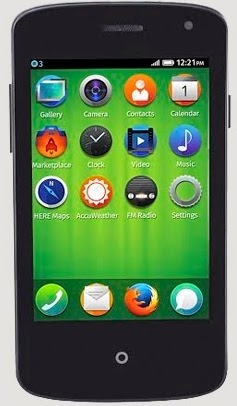 Spice Fire One Mi-FX 1 smartphone is set for launch this 29th of August.

Spice's new phone will be exclusively offered on snapdeal.com for a limited period of time and later on will be rolled out through major retail stores, including Spice HotSpot stores and Saholic.com.

Meanwhile, Intex will also be launching its first Firefox smartphone prior to the Spice One Mi-FX 1 debut. Intex said it will first launch the lowest priced smartphone to date, on the 25th of August in India.

It was earlier this year when Firefox web browser developer Mozilla had established partnership with Index and Spice, aiming to bring more affordable smartphones to India.

Firefox devices are so far the latest smartphone brands to compete with Google's Android and Microsoft's Windows phones.

"The Spice Fire One Mi-FX 1 is purely targeted to the nearly 90 per cent of the feature phone users wanting to switch to smartphones. The device is aimed at the masses that are looking for a larger than life phone statement but are deterred due to price sensitivity," according to Spice in a statement.

Spice Telecom or Spice is a former brand name of Spice Communications Limited. It is a mobile phone service provider in India and a subsidiary of Mumbai-based company named Idea Cellular Ltd.

Smartphone lovers who wish to switch to a more affordable brand should keep an eye on this one.