Posted by Matt Seber on Wednesday, November 19, 2014
Advertisements
Encryption refers to a process of encoding information in such a way that only authorized persons can read it. In short, it's a form of security method that converts data into a form called ciphertext or simply, scrambled contents. 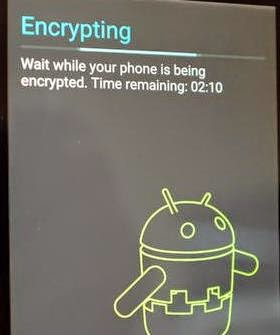 By default, latest Android devices from the factory running the latest OS version are encrypted. It's one of the major features that Google embeds into its Lollipop, offering users with augmented security surrounding data. This means that data encryption is only enabled by default on brand new Lollipop devices.

Having this said, all upgraded devices from a previous Android OS version, like a Nexus 5 upgraded to Android 5.0 won't have it. Good thing, there's a way to rectify this issue. Users of previous Android devices can get their device encrypted in two different ways.

This content will teach you how to encrypt your Android device after upgrading to Android 5.0 Lollipop


First option to activate data encryption in prior versions of Android devices is by manually enabling it through the Security menu. Generally, this menu can be found by opening the Settings app, then tapping on Security.

So after you update your Android device software version, tap on the option to Encrypt phone and follow the onscreen instructions to complete the process of securing your data. Just be sure to have your device battery completely charged or better connect it to a charger while performing data encryption to avoid interruptions. The entire process would take about an hour or so depending on how much data you have stored on your device. Devices with no apps or services setup could take more than two hours to complete encryption.

B. Encryption via Factory Reset


The second option you have to encrypt your newly updated Lollipop device is through a factory reset. Performing a hard reset means wiping all of your data from the device and setting it up to factory defaults or as brand new.

During the factory reset process, your device will encrypt by itself, thus making your data more secured or harder to access by unauthorized users.

Generally, a hard reset or factory reset on Android devices is done by opening Settings, tapping on Backup & Reset, and then selecting Factory Reset.

Just wait for the entire process to finish and after that, you should have your newly updated, completely redesigned, and encrypted Android Lollipop device.