Posted by Matt Seber on Saturday, January 9, 2016
Advertisements
Can't put your Samsung Galaxy Alpha on mute after the Lollipop update? Read on to learn how to fix it. 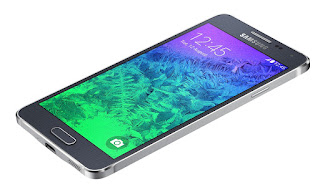 The initial roll-out of Android 5.0 Lollipop update has brought good and bad upshots to many device owners including the Galaxy Alpha. For example, there have been prior reports about the Lollipop update causing problem to the device's mute function. This problem has officially been acknowledged by Samsung.

Responding to user feedback, the company has immediately released a patch containing fix to restore mute functionality on the affected devices. To those who haven't yet learned of this issue, this content has more information on how the issue transpired.

When the Android 5.0 Lollipop update was introduced, the idea of controlling ringing and notification sounds among the target devices have been altered. After the update, this setting is already controlled by the Interruption Functionality.

So, in order to stop ringing sounds and notifications on your device, you have to configure the interruption settings and change it to "Don't Interrupt" or "Allow only priority interruptions." Apparently, this change has caused confusions to many users.

To make things clear here's how to configure the sound settings on your Galaxy Alpha after the Lollipop update:

To further sort things out, Samsung has released subsequent updates that restore mute functionality on updated devices. This implies the need for users to update the device's software in order to access the mute function/feature.

Connect to a Wi-Fi network and then check and install software updates for your device by navigating to this menu on your device: Apps-> Settings-> About Device.

To view more details, tap on About Device and then tap Software Update to check for updates available for your device. Allow your phone to search for updates and follow the onscreen instructions to proceed with firmware update installation. After that, you should be good.