Posted by Matt Seber on Saturday, January 30, 2016
Advertisements
While many have been impressed with the release of Samsung's well-crafted Galaxy Note 5 device, some were disappointed after spotting a flaw with the design, particularly when accidentally inserting the S Pen backwards into the Note 5 S Pen slot. In this post, we'll teach you how to remove the S Pen that is stuck in your Galaxy Note 5. Read on to learn how. 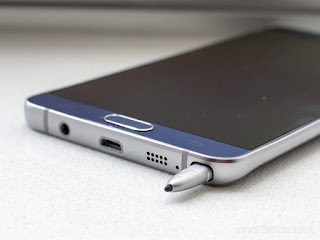 Without the detection sensor, phase detection auto-focus for the phone's camera as well as input recognition would somehow be devoid.

That being said, preventive measures must be set. Therefore, never put the S Pen into its slot with end first. You could file off the protruding edges or attach something like a small rubber band, or a piece of tape to the end, thus preventing S Pen from fitting in backwards easily.

But what if the S Pen is already stuck?

If preventive measures are no longer applicable like for example, you just happened to insert the S Pen  backwards unintentionally, never use force to pull it back out. Instead, follow the recommended procedure below.

Fortunately, some people are always eager to find ways to fix any emerging problems especially on hefty devices like the Galaxy Note 5. While this method is deemed the ultimate solution to your stuck S Pen in your Note 5, performing it requires more guts and prudence. Why? Because you've got to dismantle your device. In line with this, anyone who is willing may try this method except for those with the Galaxy Note 5 under warranty.


For a more detailed demonstration, here's a YouTube video on how to fix a stuck S Pen on the Galaxy Note 5, courtesy of How2Tech.

If you hesitate to do the aforementioned procedures by yourself, then you can just contact Samsung or your phone carrier and have it fixed or replaced. If you're fortunate enough, you can return your device for repair under warranty.