Posted by Matt Seber on Tuesday, April 12, 2016
Advertisements
Taiwanese multinational handset manufacturer HTC Corporation has recently unveiled its newest smartphone, the HTC 10. It's the company's latest flagship handset equipped with stunning camera features that recoup what was missing with the HTC One M9 and One M8. What makes the HTC 10 better than its predecessors in terms of performance level? 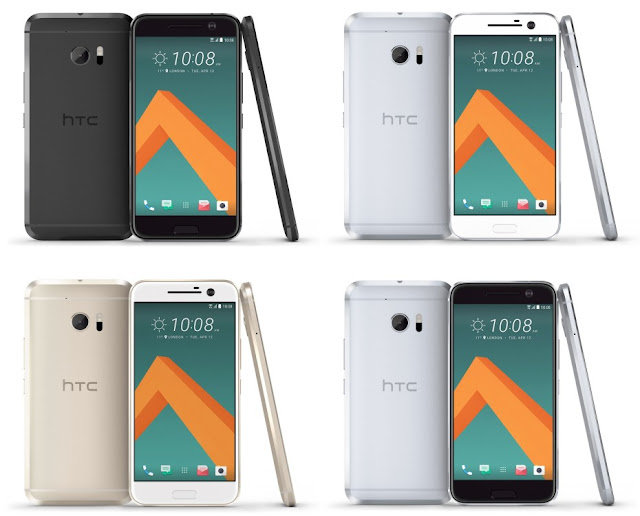 HTC deems it's newest flagship device "The Power of 10" as the company's piece to save its smartphone business. According to the company, this handset is just as every other flagship smartphone that offers more than just a new metal design, better camera, and enhanced performance.

The most interesting feature entrenched into this 5.2-inch QHD smartphone is its 12 ultra-pixel camera with laser autofocus. It's considered the world's first optically stabilized, larger aperture f/1.8 lenses on both the rear and front cameras, along with larger sensors, and a wide-angle lens and screen flash on the front.

Aside from these great camera features, the 10 also sports the "world's first stereo 24-bit Hi-Res audio recording that captures 256 times more detail than standard recordings across twice the frequency range."

Performance-wise, the HTC 10 is schemed with a quad HD display that is 30 percent more colorful and 50 percent more responsive to touch than its predecessors. In addition, the 10 also comes with a fingerprint scanner that is algorithmically designed to recognize you faster over time and unlocks in 0.2 seconds. It also comes with fast-charging feature, allowing you to charge the battery up to 50 percent in just 30 minutes.

Let's take a closer look at the HTC 10's key specifications:
Given its compelling enhancements particularly on the camera features, the HTC 10 may now be able to take on its current rivals including Samsung's Galaxy S7, LG's G5 and the Apple iPhone 7.

The HTC 10 will be offered across giant carriers in the U.S. including T-Mobile, Verizon, and Sprint. An unlocked version of the device will also be rolled through HTC.com. Pre-order cost starts at $700 while shipping starts early May 2016.